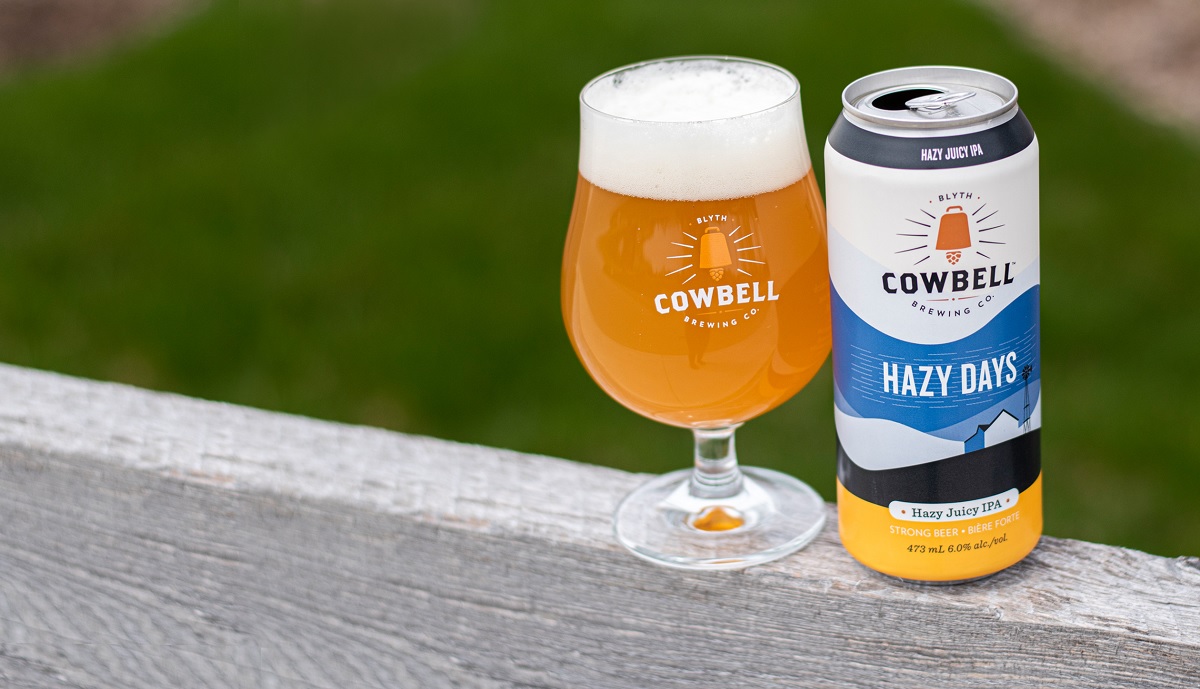 Located in the heart of Huron County, Ontario, Cowbell Brewing Co. is making waves with its new and more sustainable ways. The brewery covers 120 acres of land, west of Lake Huron.

Cowbell Brewing is the perfect brewery, a place that is all about fun, enthusiasm, and loads of beer.

Where it All Started

Cowbell Brewing is owned by a group of private investors, including Randy Powell, President and CEO. The brewery officially opened on August 5, 2017, in Huron County. The investors saw that there was a need for sustainably produced beers, and they wanted to do things differently.

Cowbell Brewing has the shape of a barn that screams sophistication and allure. The Grand Barn is a composition of douglas fir beams, glass consoles, and finishing touches of copper. There are five different electric parking stations and a specific lot for motorcycles.

Cowbell Brewing made sure their place was convenient to all. Bump dots are placed on the staircase of the brewery to assist those who are blind. Accessible bathrooms and adult change tables are also available.

At the time of opening, 950 residents of the town swamped the brewery attracted by free pizza and beer. Fortunately, Cowbell Brewery continues to be a popular hotspot where friends and family come to gather.

Beer is as standard as it gets. It’s been on earth for years, and it’s nothing different. So how is Cowbell Brewing any different from all those other franchises selling beer? Well, keep reading and find it out for yourselves.

Cowbell’s ownership group intended to operate as sustainably as possible from day one. Hence the diligent tree planting scheme. The brewery has taken it upon itself to create a healthy balance to set off the carbon expenditure. This will be accomplished through the help of a reforestation program. The brewery has already planted 12,000 native trees and pollinators on 9.3 acres of its land.

The Cowbell Brewery is also paving the way to being the world’s first closed-loop brewery. To put it simply, closed-loop manufacturing means that the materials used in production can be reused. Closing the loop entails that any post-consumer waste is recollected and reused to start the process all over again. Cowbell Brewing hopes to significantly reduce the amount of water that they use to ensure that nothing goes to waste.

Cowbell Brewing made sure to up its game in all aspects. A few of the awards and accolades they received are listed below:

The supremacy of Cowbells Brewing Hazy Days is something you will swear by once you get a taste. And that’s not an exaggeration. Hazy Days IPA is creamy and sweet, the tropical fruit flavor is sweetening while the bitterness factor is scaled down a bit. The sweetness is balanced out with the help of soaked barley, oats, and roasted wheat. It resembles an opaque haze that melts right away on your tongue. In short, Cowbell Brewing really knows how to maintain a juicy flavor.

Whether they’re supporting the local community by turning beer into money for the cause, or simply fueling stories with their awesome Hazy Days IPA—The Cowbell Brewery always has a spot for you at the bar.

How to Organise a Fantastic and Unforgettable Event

WEDDING PLANNING TRICKS NO ONE TELLS YOU ABOUT